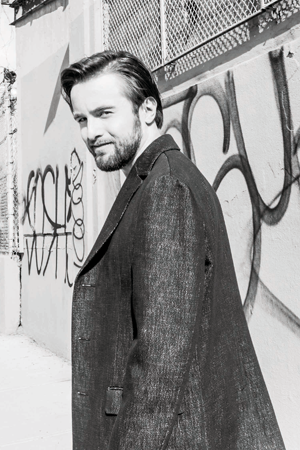 He has everything and more… tenderness and also the demonic element. I never heard anything like that.
Martha Argerich

What makes him such a phenomenon is the ecstatic quality he brings to his performances. (...) Small wonder every western capital is in thrall to him.
Financial Times

Born in Nizhny Novgorod in 1991, Daniil Trifonov began his musical training at the age of five, and in 2000 he went on to attend the Gnessin Moscow Special School of Music as a student of Tatiana Zelikman. Afterwards he studied with Sergei Babayan at the Cleveland Institute of Music. He has also studied composition and continues to write for piano, chamber ensemble and orchestra.

After winning this competition, he started performing with renowned orchestras and touring all over the world. Works with such orchestras as the New York Philharmonic, the London Symphony Orchestra, the Cleveland Orchestra among others, has performed with such distinguished conductors as Jaap van Zweden, Sir Simon Rattle and Franz Welser-Möst.

In 2013 he was awarded the prestigious Franco Abbiati Prize for Best Instrumental Soloist by Italy’s foremost music critics. Was named Gramophone’s (2016) and Musical America’s (2019) Artist of the Year.

The 2013–14 season saw the release of Trifonov: The Carnegie Recital, the pianist’s first recording as an exclusive Deutsche Grammophon artist; captured live at his sold-out 2013 Carnegie Hall recital debut, the album scored a GRAMMY nomination. Besides the GRAMMY Award-winning Transcendental (2016), Destination Rachmaninov: Departure (2018) and the GRAMMY-nominated Rachmaninov: Variations (2015), Deutsche Grammophon has also issued Chopin Evocations (2017), which pairs the composer’s works with those by the 20th-century composers he influenced. Trifonov’s discography also features a Chopin album for Decca (2011) and a recording of Tchaikovsky’s Piano Concerto No. 1 with Valery Gergiev and the Mariinsky Orchestra on the ensemble’s own label (2012). In October 2019 his new album Destination Rachmaninov: Arrival was released. Featuring the composer’s Concerti Nos 1 and 3, this is the third volume of the Deutsche Grammophon series Trifonov recorded with the Philadelphia Orchestra and Yannick Nézet-Séguin. In November 2020 the pianist released the CD Silver Age with the Mariinsky Orchestra under Valery Gergiev (works by Stravinsky, Prokofiev and Scriabin).
Information for June 2021