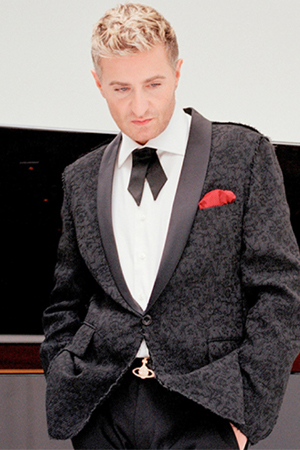 For more than three decades, Jean-Yves Thibaudet has performed world-wide, recorded more than 50 albums, and built a reputation as one of today’s finest pianists. Thibaudet expresses his passion for education as the first-ever Artist-in-Residence at the Colburn School in Los Angeles, where he makes his home. The school has extended the residency for an additional three years and has announced the Jean-Yves Thibaudet Scholarships to provide aid for Music Academy students, whom Thibaudet will select for the merit-based awards, regardless of their instrument choice.

In the 2019–20 season Thibaudet renews many longstanding musical partnerships. As the St Louis Symphony’s Artist-in-Residence, he plays a pair of season-opening concerts conducted by long-time friend and collaborator Stéphane Denève. He tours a program of Schumann, Fauré, Debussy and Enescu with Midori, followed by the complete Beethoven sonatas for piano and violin. Thibaudet gives the world premiere of Aaron Zigman’s Tango Manos concerto for piano and orchestra with the China Philharmonic, and goes on to perform it with the Orchestre Philharmonique de Radio France and San Francisco Symphony. A noted interpreter of French music, Thibaudet performs works by Ravel, Saint-Saëns, Connesson and Debussy around the world; as one of the premiere interpreters of Messiaen’s Turangalîla-Symphonie, Thibaudet performs the piece in his hometown as Artist-in-Residence of the Orchestre National de Lyon.

He also brings along his passion for Gershwin, performing the Concerto for Piano in F Major in Lyon as well as Houston, Los Angeles, Boston, New York, Naples, Tokyo and at the Kissinger Sommer Festival, where he is Artist-in-Residence.

Thibaudet’s recording catalogue has received two GRAMMY nominations, the Preis der Deutschen Schallplattenkritik, the Diapason d’Or, the Choc du Monde de la Musique, the Edison Prize and Gramophone awards. He was the soloist on the Oscar-winning and critically acclaimed film Atonement, as well as Pride and Prejudice, Extremely Loud & Incredibly Close and Wakefield. Previously a Chevalier of the Ordre des Arts et des Lettres, Thibaudet was awarded the title Officier by the French Ministry of Culture in 2012.
Information for December 2019