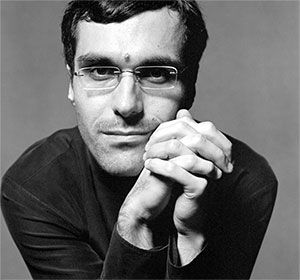 “This release strikes me as one of the more exciting accounts of Bach’s toccatas on piano.”
Rob Haskins, American Record Guide

“Following this brilliant debut, Stepan Simonian has already proved himself to be one of the great Bach interpreters of his generation.”
Andreas Grabner, BR Klassik

Born in 1981. Studied at the Moscow Tchaikovsky Conservatoire under Pavel Nersessian and pursued his studies with the famous Yevgeny Korolyov at the Hochschule für Musik und Theater in Hamburg.
He won the Silver Medal at the International Johann Sebastian Bach Competition, one of the oldest and most prestigious forums in the world, in 2010 in Leipzig (Germany). He also won 1st prize at the Virginia Waring International Piano Competition in 2005 as well as 3rd prize at the José Iturbi International Piano Competition in 2008 (both in the USA). In 2009 he was awarded the prestigious Berenberg Culture Prize in Hamburg in recognition of his achievements in chamber music.
Stepan Simonian performs as a guest artist at the most important festivals and concert venues throughout Europe, including Bachfest Leipzig, the International Piano Festival La Roque d’Anthéron in France, the Mosel Music Festival, the ProArte concert series in Hamburg, Pro Musica in Hannover, the Alte Oper in Frankfurt am Main, the Großer Sendesaal in Hannover, the Laeiszhalle and Rolf-Liebermann-Studio in Hamburg and the Prinzregententheater in Munich.
He has appeared as a soloist with the Bach-Collegium Stuttgart under Helmuth Rilling, Hamburg Symphony Orchestra under David Porcelijn, the Sinfonia Varsovia under Arie van Beek, I Pomeriggi Musicali in Milan, the Moscow State Chamber Orchestra and the Mendelssohn Chamber Orchestra in Leipzig.
Stepan’s performances have been broadcast on major classical stations including ARD, MDR, NDR, SWR, Hessian and Bavarian Broadcasting, Deutschlandradio Kultur and Radio France.
His debut CD featuring the entire Bach keyboard toccatas on the GENUIN label was highly praised by critics.