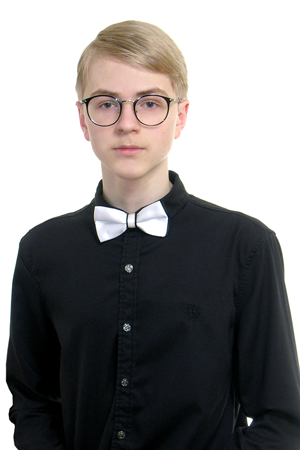 Frequently performs in recital. Has appeared in Great Britain, other European countries and Mexico as well as at prestigious venues in Moscow (the Moscow International Performing Arts Center, the Great Hall of the Moscow Conservatory) and St Petersburg. Has collaborated with the Russian Philharmonic Orchestra.

Participant in the festivals Moscow Greets Its Friends and Musical Krasnogorsk and concert programmes of the Vladimir Spivakov Foundation. Winner of the 1st prize and recipient of a special award (the Rodion Konstantinovich Shchedrin Grant) at the Kreutzer Sonata All-Russian Composers’ Competition (Moscow, 2018).
Participant in programmes of the St Petersburg Music House since 2019.
Information for September 2020