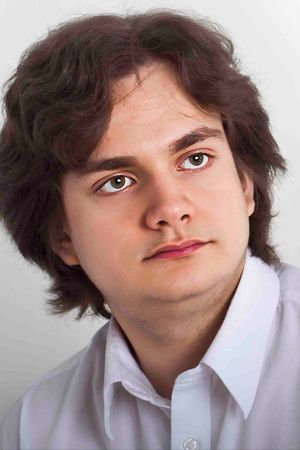 Roman Lopatynskyi was born on 29 June 1993. At the age of five he began to study the piano under Irina Barinova. At the age of eight he also began to take part in the chamber music class of Larysa Raiko, Honoured Culture Worker. Following his years of study he became a prize-winner at more than twenty national and international competitions including the Grand Prix, Gold Medal and two special prizes at the Young Performers’ Competition in in Georgia (junior group, 2005) Grand Prix, two special prizes at the international competition Silver Ringing (Ukraine, 2006), 1st prize at the VI Karamanov International Competition (Ukraine 2007), 1st prize at the Paderewski All-Ukrainian Competition of Chamber Ensembles (2007), 1st prize at the Polyansky All-Ukrainian Competition of Chamber Ensembles, the Grand Prix, Gold Medal and Special Prize of the Georgian Competition of Young Pianists (senior group, 2009), 1st prize, Gold Medal and six special prizes at the VIII International Competition of Young Pianists in Memory of Horowitz and 2nd prize at the Città di Gorizia competition (Italy, 2011).
He has given concerts in cities in Lithuania, Germany, Poland, Switzerland, Israel, Italy, France, Morocco, Japan and the USA. Has a vast concert repertoire. At the age of sixteen he entered the Accademia Pianistica Incontri Col Maestro in Italy (class of maestro Boris Petrushansky). Roman’s teacher in Kiev was Sergei Ryabov. In February 2011 Roman was appeared at the Music Festival in Bad Ragaz. In April 2011 Roman Lopatynskyi played Beethoven’s Concerto in E Flat Major with the Orchestra of the Deutsche Radio Philharmonie under maestro Michael Sanderling, while in July 2012 he performed Haydn’s Concerto in D Flat Major with the Imola Festival Orchestra (Italy).
In September 2013 he gave a recital at the MITO festival (Milan and Turin, Italy). In April 2014 Roman was invited to give a concert at the Sorbonne (Paris). In December 2013 Lopatynskyi gave concerts in the USA (New York, Washington), and in July 2014 he gave recitals at the Newport Festival (USA).
In September 2014 he returned to the MITO festival with a new programme. Lopatynskyi has a vast recital repertoire including piano solos, fifteen concerti with orchestra and chamber music. He has recorded on Ukrainian and German radio stations as a soloist and with orchestra.