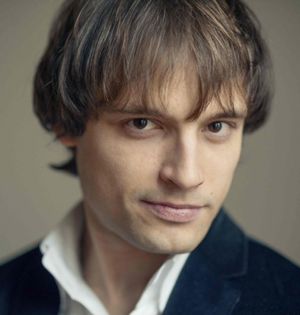 Ilya Rashkovskiy was born in 1981 in Irkutsk. He began to study music at the age of five, and at the age of eight, he made his debut with the Irkutsk Chamber Orchestra. From 1993–2000 he studied at the Novosibirsk Special School of Music (class of Mary Lebenzon), and from 2000–2009 he was a student at the Hochschule für Musik und Theater Hannover (class of Vladimir Krainev). He subsequently trained at the École Supérieure de Musique Alfred Cortot in Paris at the faculties of piano (class of Marian Rybicki), conducting and composition.

In November 2015 he recorded Scriabin’s complete piano sonatas on the NAR label. Also collaborates with the recording companies JVC, Naxos and Dux.
His last CD with the works of Russian composers (Mussorgsky, Rachmaninoff and Tchaikovsky) was released in October 2016 (La Musica, France). In 2015, he recorded Scriabin’s complete piano sonatas in commemoration of the 100th anniversary of composer’s death (NAR, Japan). He also recorded The Seasons and Sonata in C-sharp minor by Tchaikovsky (Naxos, 2008), fantasies by Mozart, Chopin, Liszt and Scriabin (Alpha Omega Music, Hong Kong, 2009), as well as Chopin’s complete études in 2013 (Victor Entertainment).
Current and upcoming engagements include recitals at the Seoul Art Center, Hong Kong City Hall, Teatro Solís in Montevideo (Uruguay), Opéra de Reims as well as a tour in China.
Information for July 2019