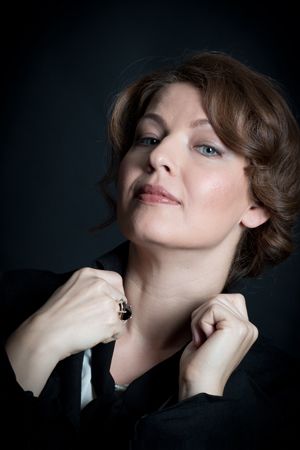 In her subtle, if not to say refined, interpretation the composer appears as a philosophical intellectual... It is, indeed, thanks to such insightful and critical interpretations that Polina Osetinskaya offers that Shostakovich’s music retains a current and even a ‘burning’ form of art.

A young mother, this time she presented her Cradle Songs project, with her brilliant performance explaining that the genre – aimed at children – can also encompass emotions on an adult-scale. From ‘decorative’ pieces by Respighi and Chopin to Tchaikovsky and Rachmaninoff’s salon music, the pianist has drawn us into a totally other world in which there is no such thing as ‘before’ and ‘after’. As is Franz Liszt knew what Anton Batagov would write or that Robert Schumann could respond to Valentin Silvestrov and Leonid Desyatnikov. As if in a dream, the borders of objects, music and lives appeared tangible and weighty.

Fifteen crystalline, pure and masterfully conceived piano pieces – inheritors of the prelude art of the great eras of piano music. All performed with magical refinement, clarity of pure form and quality of sound.

Polina Osetinskaya began to play the piano at the age of five, while at the age of six she gave her first recital at the Vilnius Philharmonic and at the age of eight she made her debut with the Lithuanian Chamber Orchestra under Saulius Sondeckis.

Has appeared at the Great and Small Halls of the Moscow Conservatoire and the St Petersburg Philharmonic, Vienna's Musikverein, the Concert Hall of the Mariinsky Theatre, various venues in Warsaw, San Francisco and Brussels as well as at the festivals December Evenings, Crescendo, Stars of the White Nights and Mainly Mozart among others.

Recipient of the Little Triumph award. In 2008 she wrote her autobiography Farewell, Sadness! which became a bestseller. Frequently performs music by composers of the post-avant-garde movement, among them Valentin Silvestrov, Leonid Desyatnikov, Vladimir Martynov, Georgs Pelēcis and Pavel Karmanov.

The pianist's recordings have been released on the Sony Music, Naxos, Bel Air and Quartz labels.
Information for January 2018