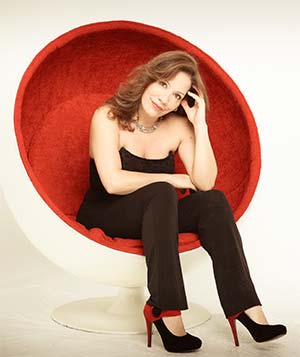 Nominated for Best Classical Album in the 2016 Latin Grammy Awards for her latest CD Danzas en todos los Tiempos, pianist Edith Peña was born in Caracas, where she started her musical education with Lyl Tiempo at the age of four years old. Four years later she played her debut as soloist with the Orquesta Sinfónica Venezuela, the following year she moved to Philadelphia and played her debut as soloist with the Philadelphia Orchestra. She studied with Susan Starr and later with Sergei Babayan in Cleveland.

She has recorded for Venezuelan National Radio, Spanish National Radio, Radio France, WFLN in Philadelphia as well as a CD for the 70th anniversary of the Orquesta Sinfónica Venezuela performing Saint-Saens second piano concerto, as well as a solo CD of Venezuelan music for piano and her latest CD Danzas en todos los tiempos, a journey of dance related music from the Baroque period to today.
She actually lives in Madrid from where she continues her concert activity.