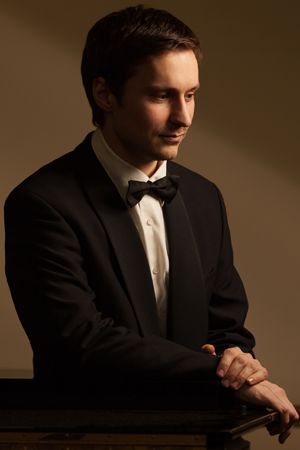 Alexander Maslov is a classical and jazz pianist. He was born in Leningrad in 1985. From 2003 to 2005 he studied at the Hochschule für Musik und Theater Hannover under Vladimir Krainev. In 2010 he graduated from the Rimsky-Korsakov St Petersburg State Conservatory, and in 2013 he completed a postgraduate study there (class of Leonid Zaichik). Since that year he has taught special piano and improvisation at the St Petersburg Conservatory.

Has appeared at the finest venues of St Petersburg, Moscow and other Russian cities. Has toured to Germany, Austria, Switzerland, France, Belgium, Italy, Poland, Finland, Denmark, Ukraine, Israel and countries in Asia and South America. Has taken part in international festivals in Graz (Austria) and Rheingau (Germany), the Stars of the White Nights festival and International Conservatoire Week in St Petersburg.

Author of the teaching aid The Basics of Jazz Improvisation on the Piano (2016).
Information for December 2020