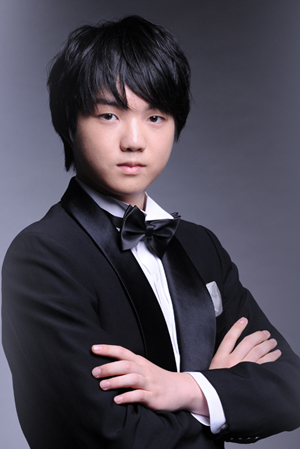 Has appeared at the Klavier-Festival Ruhr and the Music Festival in Verbier and participated in the New Generation series of the Fondation Louis Vuitton in Paris. Repertoire includes concerti by Bach, Haydn, Mozart, Beethoven, Tchaikovsky, Rachmaninoff and Schumann, in addition to chamber opuses from various eras, ranging from Bach and Domenico Scarlatti to Stravinsky and Ligeti.

In 2020 the artist appeared with the Münchner Philharmoniker under Valery Gergiev, in 2021 he gave concerts at festivals in Tsinandali (Georgia) and Riga–Jurmala (Latvia) and performed the complete cycle of Mozart’s piano sonatas at the Verbier Festival.