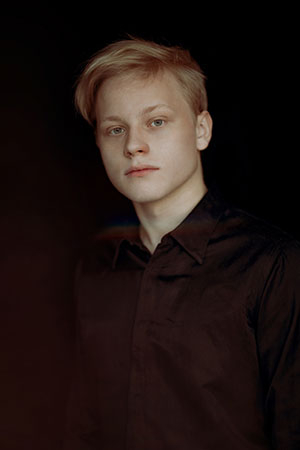 Alexander Malofeev was born in Moscow in 2001. He studied at the Gnessin Moscow Special School of Music (class of Elena Beryozkina).

In 2014 he took 1st prize and the Gold Medal at the VIII International Tchaikovsky Youth Competition in Moscow. In 2016 he won the Grand Prix at the International Competition for Young Pianists Grand Piano Competition in Moscow. In 2017 he received the prize To Young Musical Talent at the International Piano Festival in Brescia and Bergamo and the title of “Young Yamaha Artist”.
Since 2019 he has studied at the Tchaikovsky Moscow State Conservatory (class of Professor Sergei Dorensky, since 2020 class of Professor Pavel Nersessian).

Appears at the Bolshoi Theatre of Russia, the Moscow Conservatory, the Moscow International Performing Arts Centre, the Moscow Philharmonic Society, the Mariinsky Theatre, the Tchaikovsky Concert Hall, the Grand Kremlin Palace, La Scala in Milan, the Concertgebouw in Amsterdam, the Philharmonie de Paris, the Théâtre des Champs-Élysées in Paris, the Herkulessaal in Munich, the Queensland Performing Arts Centre in Brisbane (Australia), the National Centre for the Performing Arts in Beijing and the Tokyo Bunka Kaikan among other venues.
Has toured to Azerbaijan, Finland, France, Switzerland, Germany, Austria, Spain, Portugal, China, Japan, Australia and the USA.

In May 2020 the Sony Classical label released the box set Tchaikovsky 2020 commemorating one hundred and eighty years since Tchaikovsky’s birth, including a recording of the composer’s First Concerto performed by Alexander Malofeev and the State Symphony Orchestra of the Republic of Tatarstan under the baton of Alexander Sladkovsky.
Information for March 2021