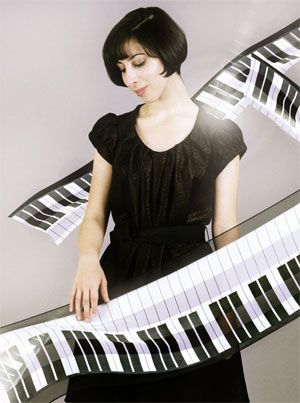 “… She is a superb pianist, with a big sound and fiery technique…”
The New York Times
Piano

In today’s world of classical music the Armenian pianist Lusine Khachatryan is considered a “poet of the keyboard”.
Lusine Khachatryan’s successful international concert performances have inspired audiences at such venues as the Alte Oper in Frankfurt am Main, the Friedrich-von-Thiersch Saal and Kurhaus in Wiesbaden the Herkulessaal in Munich, the Liederhalle in Stuttgart, the Tonhalle in Zurich, the Concertgebouw in Amsterdam, the Louvre, Salle Gaveau and Théâtre des Champs-Élysées in Paris, Wigmore Hall in London, Flagey and the Palais des Beaux Arts in Brussels, the National Concert Hall in Dublin, the Palau de la Música in Barcelona, the Auditorio Nacional in Madrid, Carnegie Hall in New York, the Grand Théâtre de Québec, the Oscar Peterson Hall in Montreal, Hoam Art Hall in Seoul, Oji Hall in Tokyo and the Aram Khachaturian Concert Hall in Yerevan.
Lusine Khachatryan has received numerous awards and recognition as she has grown as an artist, among them the Musical Advancement Award of the Baden Cultural Foundation in 1999, the Scholarship of the Friends Circle of the Music Academy of Karlsruhe in 2000 and a special grant from Germany’s Deutsche Stiftung Musikleben in 2001.
She was a prize-winner at the international piano competitions in Ostra and Marsala (Italy, 2003) as well as the II European Piano Competition in Normandy, Ouistreham and Le Havre (France, 2009).
Lusine Khachatryan has performed at many renowned festivals including the Year of Chopin festival (Yerevan, Armenia), the first Festival del Mediterrani (Valencia, Spain), the Vladimir Nielsen Piano Festival and the Ravinia Music Festival (USA), the Musikfest Bremen and the Schleswig-Holstein Music Festival (Germany), the Edinburgh International Festival (Great Britain), the international music festival Bartók + Mozart (Miskolci, Hungary), the Snow and Symphony music festival (St Moritz, Switzerland) and the Nuit du Succee festival (Cannes, France).
She is an equally compelling performer with chamber and symphony orchestras, having performed with the Staatsphilharmonie Rheinland-Pfalz under Ruben Gazarian, the Orchestre Régional de Cannes under Philippe Bender, the Warsaw Sinfonia Orchestra under Péter Csaba, the Euregio chamber orchestra under Viktor Khachatryan, the Armenian Philharmonic Orchestra under Edouard Topchian and the Orquesta Sinfónica Nacional del Ecuador under Alvaro Manzano.
Lusine Khachatryan also regularly performs as a duo-partner with her brother, the renowned violinist Sergey Khachatryan. Together with him she has recorded sonatas for violin and piano by César Franck and Dmitry Shostakovich on the French label Naïve in addition to their joint debut CD on EMI Classics.