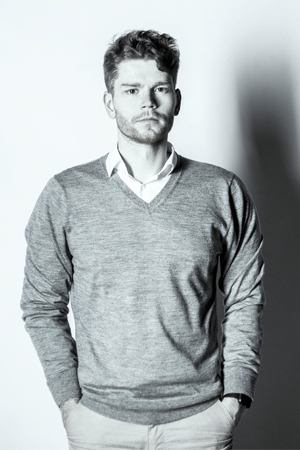 Andrey Gugnin was born in 1987. Natalia Smirnova laid what was to become the foundations for Andrey Gugnin to pursue the career of a concert pianist, which enabled him to study with Olga Mechetina, Valery Kastelsky and Lev Naumov and later with Vera Gornostayeva at the Moscow State Tchaikovsky Conservatoire, whereupon since 2016 he has continued his studies with Stanislav Ioudenitch and William Naboré at the International Piano Academy Lake Como.

Gugnin's versatility puts him very much in the spotlight as a recitalist, chamber music partner and a soloist with orchestras in more than twenty countries, performing at Vienna’s Musikverein, Carnegie Hall in New York, Abravanel Hall in Salt Lake City, Sydney Opera House, the Eastman School of Music, the Great Hall of the Moscow State Conservatoire, the Tchaikovsky Concert Hall in Moscow, the Mariinsky Concert Hall, the Thailand Cultural Centre, the Louvre in Paris, the Zagreb Opera House, the Tokyo Metropolitan Art Space and Asahi Hamarikyu Hall to name but a fraction of this expanding list of venues.

In Takebe-cho, Okayama City in Japan, his recital so motivated the public and the organisers in 2016 that, soon after the concert, a festival for chamber music was established – the Takebe-cho Chamber Music Festival – Gugnin and Friends, which was continued in October 2017.

He is very much in demand as a studio artist, with recordings of piano concerti by Shostakovich together with the State Academic Chamber Orchestra of Russia (Delos International, 2007), music for the piano duo iDuo (together with Vadim Kholodenko, Delos International, 2010) and a recital programme (Steinway & Sons) with Pictures from an Exhibition receiving rave reviews from the public. His recording of concerti by Shostakovich was used on the soundtrack of Steven Spielberg’s Oscar-winning film Bridge of Spies. Andrey Gugnin has also recorded for TV and radio in Russia, The Netherlands, Croatia, Austria, Switzerland and the USA. Gugnin will be recording for Hyperion in 2018, preceded by a recent additional invitation from Piano Classics in 2017.

The 2017–2018 season features chamber music performances in Adelaide (Australia), the Malta Festival, the Bard and Newport Festivals (USA) and concerts in the UK with violinist Tasmin Little. Andrey will be touring throughout Australia and New Zealand as the winner of the coveted Sydney International Competition.
Information for November 2017