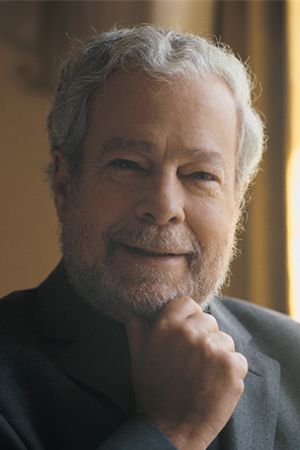 Born in Brazil, Nelson Freire began his piano studies at the age of three with Nise Obino and Lúcia Branco, who was a pupil of Liszt. He made his first public appearance at the age of five with Mozart’s Sonata in A, K.331. In 1957, after winning a grant at the Rio de Janeiro International Piano Competition with his performance of Beethoven’s Emperor Concerto, he went to Vienna to study with Bruno Seidlhofer. Seven years later he won the Dinu Lipatti Medal in London and 1st prize at the Vianna da Motta International Competition in Lisbon.

He has collaborated with such distinguished conductors as Pierre Boulez, Lionel Bringuier, Riccardo Chailly, Charles Dutoit, Valery Gergiev, Lorin Maazel, Kurt Masur and Seiji Ozawa. He has appeared with the greatest ensembles, among them the philharmonic orchestras of Berlin, London, New York and Israel, as well as with Amsterdam’s Royal Concertgebouw Orchestra, the Leipzig Gewandhaus Orchestra and orchestras in Munich, Paris, Tokyo and St Petersburg (including the Mariinsky Orchestra).

In 2003 a film was released about the pianist – Nelson Freire: A Man and His Music. In March 2007 Freire received the title of Commandeur de l’Ordre des Arts et des Lettres. In 2011 he became a Chevalier de la Légion d’honneur.

Nelson Freire has recorded for the labels Sony/CBS, TELDEC, DGG, IPAM, Philips and London. He was an exclusive artist for Decca. For his recordings he has received numerous prizes, including the Diapason d’Or, the Choc du Monde de la musique, the Grand Prix de l’Académie Charles Cros and the Latin GRAMMY prize (for the album Brasileiro, 2012). His Bach recital recording won the prestigious ECHO Klassik prize as the best solo recording of 2016. In September 2017 he released a CD dedicated to Brahms.