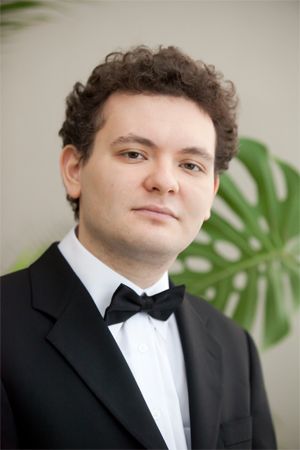 Yury Favorin was born in Moscow in 1986. Graduate of the Gnessin Moscow Middle Special School of Music (class of Lidia Grigorieva). In 2009 he graduated from the Moscow State Tchaikovsky Conservatory (class of Mikhail Voskresensky). Has taken part in master-classes conducted by Paul Badura-Skoda, Stephen Kovacevich, Sergei Babayan, Ferenc Rados, Irina Kataeva and Noel Flores. Since 2016 he has taught at the Moscow Conservatory.

Has appeared in Germany, Austria, Norway, Hungary, France, Italy, Sweden, Belgium and Poland. Has collaborated with Pierre Boulez, Marin Alsop, Paul Goodwin and Kazuhiro Koizumi. Together with the composer Alexey Sysoev and the percussionist Dmitry Shchyolkin he established the ERROR 404 ensemble of freely improvised music.

Since 2013 he has featured in programmes of the St Petersburg House of Music.
Information for September 2019