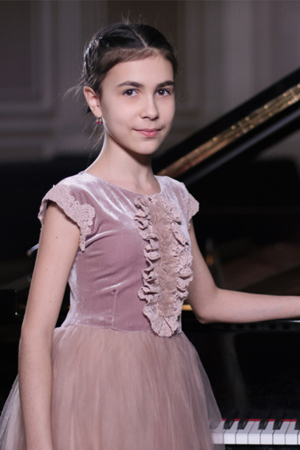 In January 2019 Alexandra Dovgan appeared at Berlin’s Philharmonie at the opening ceremony of the Russian Seasons international cultural project. In February the same year she performed a concert at the Assembly Chamber of the St Tikhon Orthodox University of Humanities with the Russian Conservatoria Chamber Capella under the baton of Nikolai Khondzinsky. In May 2019 Alexandra made her debut at the Concertgebouw in Amsterdam, where she was presented by Grigory Sokolov. The latter pianist also presented Alexandra at the Salzburg Festival the same year, where she gave a recital. On 3 November 2019 Sasha gave her first recital at Paris' Théâtre des Champs-Élysées, and already the next day she appeared at the Great Hall of the St Petersburg Philharmonic at the Х Northern Lyre International Festival of Chamber Performance.
Information for December 2019