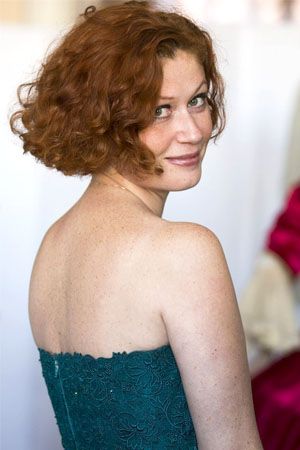 Daria Lebedeva was born in Leningrad in a family of musicians. Studied piano at the St Petersburg State Rimsky-Korsakov Conservatoire (class of Vladimir Shakin) and harpsichord under Vladimir Radchenkov.
Prize-winner at numerous competitions, among them the All-Russian Chamber Ensembles’ Competition in Moscow, the International Mravinsky Competition in St Petersburg (“Chamber Ensemble” category) and the Ludwig van Beethoven Open Competition in St Petersburg (“Chamber Ensemble” category).
Recipient of a diploma as “Best Competition Accompanist” at several international competitions; these include the International Wind Instrument Performers’ Competition (Moscow), the International Rachmaninoff Competition (St Petersburg; “Vocal Skill” category) and the International Shtokolov Vocal Competition (St Petersburg).
Since 2011 she has been Principal Accompanist with the opera theatre of the Rimsky-Korsakov School of Music. As an accompanist and harpsichordist she has worked on the operas Dido and Aenas and King Arthur by Purcell, Pergolesi’s La serva padrona and Mozart’s Bastien und Bastienne as well as Bach’s Schweigt stille, plaudert nicht; has appeared in performances of various cantata and oratorio works.
In 2012 she performed in a concert at the Small Hall of the Philharmonic together with soloists of the St Petersburg Philharmonic and the Mariinsky Theatre. In December 2013 and April 2014 she appeared at the Concert Hall of the Mariinsky Theatre with the Chamber Orchestra of the St Petersburg Rimsky-Korsakov School of Music and Mariinsky Theatre soloists under Dmitry Ralko. In the 2013–2014 season she gave a concert with Mariinsky Theatre soloists at the Jaani Kirik (St John’s Church). In June 2014 as part of the XXII international festival Palaces of St Petersburg she appeared together with soloists of the Metropolitan Opera (New York) in the Throne Room of the Catherine Palace. In July 2014 she appeared with Oleg Sendetsky at the Musorgsky Hall (Mariinsky-II).
Since 2003 she has worked at the St Petersburg Rimsky-Korsakov School of Music, and for the past two years she has taught the school’s “Accompanist Skill” class.
She penned the methodological aid The Specifics of Working as an Accompanist in a Vocals Class at a Music School, printed in 2012 by the Union of Artists Publishing House.