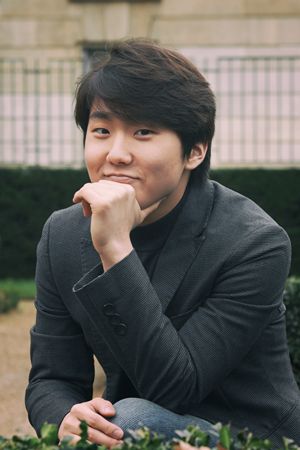 Born in Seoul in 1994, Seong-Jin Cho began playing piano at the age of six. In 2012 he moved to Paris to study with Michel Béroff at the Conservatoire national supérieur de musique et de danse de Paris, from which he graduated in 2015. He now lives in Berlin.

Regularly appears with the Mariinsky Orchestra under the direction of Valery Gergiev.

In January 2016 Seong-Jin Cho he signed an exclusive contract with Deutsche Grammophon. A recording, released in November 2016, features Chopin’s Piano Concerto No. 1 with the London Symphony Orchestra and Gianandrea Noseda as well as the Four Ballades. A solo Debussy recital was released in November 2017, followed in 2018 by a Mozart album featuring Sonatas K281 and K332 and the Piano Concerto No. 20 in D minor K466 with the Chamber Orchestra of Europe and Yannick Nézet-Séguin. All albums won impressive critical acclaim worldwide. The album The Wanderer, released in May 2020, features Schubert’s Wanderer Fantasy, Berg’s Piano Sonata op. 1 and Liszt’s Piano Sonata in B minor. 2021 saw two CDs where Seong-Jin Cho collaborates with Matthias Goerne.
Information for December 2021