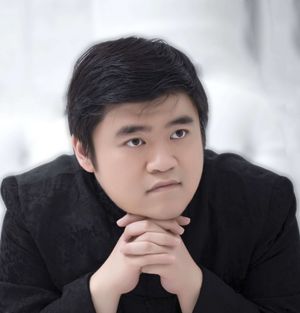 Praised by The Cincinnati Enquirer as playing with “combined bravura and artistry” for his performance of Rachmaninoff’s Third Piano Concerto with the Cincinnati Symphony Orchestra and by Frequent Business Traveler as “majestic and lyric” for his recital at Carnegie Hall in 2015, Moye Chen has performed extensively as a concert pianist in the United States, Europe, Asia and Australia.

Born in Beijing (China), Moye Chen earned his Bachelor and Master’s Degrees from the Shanghai Conservatory of Music and his Artist Diploma from the Oberlin Conservatory of Music. His principal teachers have included Hung-Kuan Chen, Angela Cheng, Robert Hamilton, William Heiles and Xiaosheng Zhao. Other teachers and mentors include Tema Blackstone, Alvin Chow, Cheung-Yu Mo and Yunlin Yang. Moye Chen is currently a candidate for a Doctor of Musical Arts degree at the University of Illinois under the supervision of William Heiles. He is also studying under Robert Hamilton in the Phoenix area.