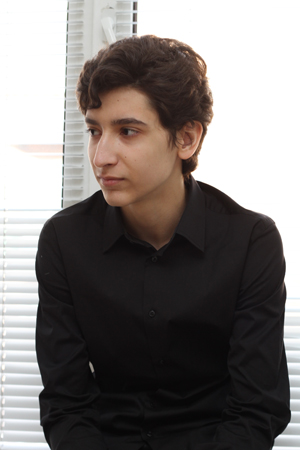 Roman Borisov was born in 2002. He has studied at the Novosibirsk Conservatoire Music College since 2010 (Mary Lebenzon’s class). Borisov has performed at the Grand Hall of the Novosibirsk Conservatoire, the Novosibirsk State Philharmonic, the Moscow International Performing Arts Centre, the Tchaikovsky Concert Hall, the Moscow Philharmonic, and the Louis Vuitton Foundation. He has collaborated with the Svetlanov State Symphony Orchestra, the National Philharmonic Orchestra of Russia and the Novosibirsk Academic Symphony Orchestra. Borisov has taken part in the International ArsLonga Festival in Moscow, the Piano en Valois Festival (France), the Trans-Siberian Art Festival in Novosibirsk, the festival Vladimir Spivakov Invites as well as in many projects of the the Vladimir Spivakov Foundation.