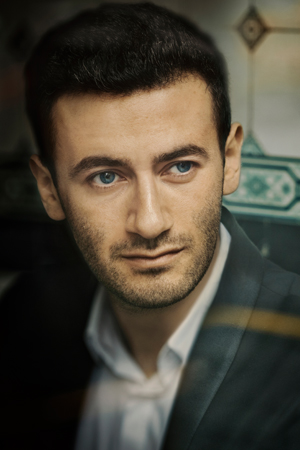 Born in Moscow, Boris Kusnezow began his musical education at the Gnessin Moscow Special School of Music and moved to Germany at the age of eight. He studied at the Hanover University of Music, Drama and Media with Bernd Goetzke. Pianist Boris Kusnezow’s breakthrough came in 2009, when he became a prize-winner at the German Music Competition. Soon thereafter he made his debut at the Carnegie Hall, which received excellent reviews from The New York Times. First prizes in international competitions, a fellowship from the well-known British Borletti-Buitoni Trust, scholarships from the German Foundation of Musical Life (Deutsche Stiftung Musikleben) and the German Academic Scholarship Foundation (Studienstiftung des deutschen Volkes) as well as multiple CD-recordings all constitute important milestones in his musical career. Alongside solo performances, the pianist has developed a particular passion for chamber music and Lied accompaniment. He gives concerts worldwide in various chamber music ensembles as well as with notable soloists. In Germany, he has performed at the Laeiszhalle Hamburg, the Prinzregententheater and Gasteig Munich and at the Berlin Philharmonie. Boris Kusnezow teaches at the Hanover University of Music, Drama and Media Hannover and the Hochschule für Musik Hanns Eisler Berlin.
Information for February 2019