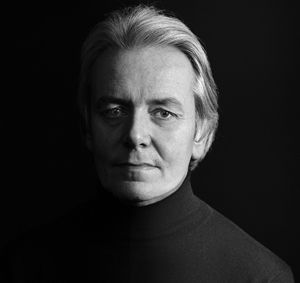 Christian Blackshaw was born in 1949 in Cheshire (Great Britain). He studied with Gordon Green at the Royal Northern College of Music in Manchester and the Royal Academy of Music in London, winning the gold medals at each, and later became was the first British pianist to study at the Leningrad Conservatory with Moisei Halfin. He later worked closely with Sir Clifford Curzon in London.

He has performed worldwide and in festivals as recitalist and soloist with many renowned conductors including Valery Gergiev, Sir Simon Rattle, Gianandrea Noseda, Yury Temirkanov and Sir Neville Marriner. He was Founder Director of the Hellensmusic Festival which was established in 2013.

He has given chamber concerts in London with the principals of the London Symphony Orchestra and Chamber Orchestra of Europe and festival engagements have taken him to St Petersburg, Prague, Dubrovnik, Helsinki, Stresa, Britain in Greece Festival Athens, Bath, Orford (Canada) and the BBC Proms.

His hugely acclaimed Wigmore Hall complete Mozart Piano Sonatas series was recorded for Wigmore Hall Live and released in four volumes (Wigmore Hall Live). Volume 4 was named as one of the Best Classical Recordings of 2015 in the The New York Times in addition to Gramophone magazine’s Top 50 Greatest Mozart Recordings.

Recent notable performances include the Mozart cycle in Tokyo, Shanghai and Beijing, a return to the Stars of the White Nights Festival in St Petersburg and debuts at the Schwetzingen and Edinburgh International Festivals. During 2019–20 he takes the Mozart cycle to Montreal and makes his debut with the Philadelphia Orchestra and Yannick Nezet-Seguin.

In 2019 he was awarded the Order of the British Empire.
Information for December 2019