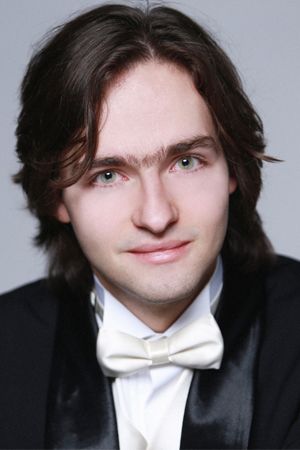 "Arseny Tarasevich-Nikolaev, who won 2nd prize at the competition, is an unusual performer... Regardless of the fact that he is just twenty-one years old his manner of playing already brings to mind the grand performing style of the past..."
Bergens Tidende

"Filigree technique, transparency of the sound palette, the ability to 'sing' on the piano..."
Muzykalnaya Zhizn

Arseny Tarasevich-Nikolaev was the winner of the International Scriabin Piano Competition in Moscow (2012). Born in 1993 in Moscow in a musical family. From 2000–2011 he studied at the Central School of Music of the Moscow State Tchaikovsky Conservatoire (class of Alexander Mndoyants). During his studies he became a winner of several music competitions, among them the New Names International Competition of Young Musicians in Moscow (2008). At the age of nine he made his debut with the Bryansk City Chamber Orchestra under Edward Ambartsumian. In 2016 he graduated from the Moscow State Tchaikovsky Conservatoire (class of Sergei Dorensky). Is currently an assistant trainee at the conservatoire.

Appears at the great Moscow concerts halls and throughout Russia. Tours to Italy, Great Britain, France, Spain, Switzerland, Norway, Israel, Poland, Lithuania, Germany, China, Japan and the USA. Has taken part in the festivals Symphony of the Steppe Palmyra in Orenburg, Green Noise in Surgut, Creative Youth of the Moscow Conservatoire and Musical Kremlin in Moscow, Les Pianos folies in Le Touquet-Paris-Plage and the Music Festival in Rheingau.

In 2015 he recorded his debut disc featuring works by Debussy and Ravel (Acousence). Since 2016 he has collaborated with the recording company Universal Music.