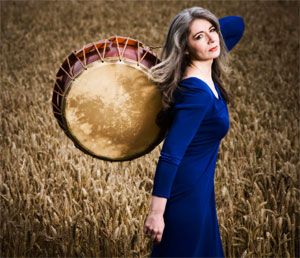 Percussion
Evelyn Glennie, a Dame Commander of the British Empire since 2007, is the first percussionist in the history of music to forge a successful international career. She is one of the most dazzling and innovative performers on the contemporary music scene. Glennie constantly experiments with percussion instruments, trying to expand the possibilities they provide, and her unusual programmes alter every preconception of the classical concert.

At the age of nineteen in 1985, Evelyn Glennie graduated with distinction from the Royal Academy of Music in London. Ever since then she has given over one hundred concerts on an annual basis. The range of her interests is incredibly broad. As part of the 2012 Cultural Olympiad, Glennie will be involved in a project together with choreographer Marc Brew. In 2009 Evelyn performed at the opening ceremony of the Deaflympics in Taipei. She was also among the guest performers at the Winter Olympics in Salt Lake City in 2002.

Evelyn has commissioned in the region of one hundred and eighty works fo  solo percussion from renowned composers throughout the world. She herself also composes music. Glennie has twice received a Grammy award for her compositions. Her music has been recorded for films, television, radio and music library companies. The most recent film for which she composed music was Golf in the Kingdom, released in the USA in 2011.