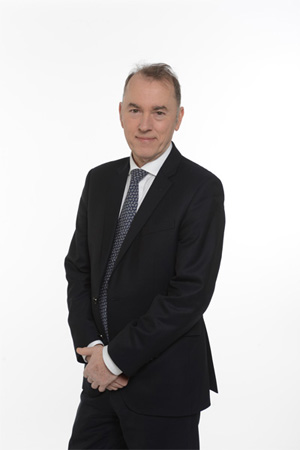 Thomas Trotter was appointed Birmingham City Organist in 1983 in succession to Sir George Thalben-Ball, and he is also Organist at St Margaret’s Church, Westminster Abbey. Earlier in his career he was an organ scholar at King’s College, Cambridge, winning the 1st prize at the St Albans International Organ Competition in his final year. He received an Honorary Doctorate from Birmingham City University in 2003 and from Birmingham University in 2006.

He won the Royal Philharmonic Society award for Best Instrumentalist in 2002, and in 2012 he was named International Performer of the Year by the American Guild of Organists. In 2016 he was awarded the Medal of the Royal College of Organists for his achievements in organ-playing.

Thomas Trotter performs as soloist with Sir Simon Rattle, Bernard Haitink, Riccardo Chailly and Sir Charles Mackerras among others. He has performed in the Berliner Philharmonie, the Gewandhaus in Leipzig, the Concertgebouw in Amsterdam, the Musikverein, the Konzerthaus in Vienna and the Royal Festival Hall in London. He has played inaugural concerts in Princeton University Chapel in the USA, Auckland Town Hall in New Zealand, the Royal Albert Hall in London, and the Moscow International Performing Arts Centre. Alongside his regular recitals in Birmingham, Thomas Trotter tours on four continents and plays at many international festivals such as Bath, Salzburg, Edinburgh and the BBC Proms.

He is an active recording artist, appearing on the Decca, Hyperion, Regent and Chandos labels.

Current and upcoming engagements include concerts at the Victoria Hall in Singapore, the Konzerthaus in Berlin, the Moscow Philharmonic Society and Notre-Dame de Paris as well as inaugural concerts at the cathedrals of Vienna, Canterbury, Salisbury and Adelaide.
Information for September 2019