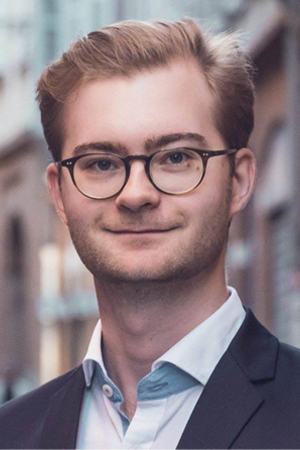 Born in Stockholm in 1992, Johannes Skoog began playing the organ at the age of eight after having studied piano since the age of five. He is a graduate from the Royal College of Music in Stockholm where he studied organ interpretation with Mathias Kjellgren and improvisation with Nils Larsson. Johannes Skoog continued his studies at the Conservatoire National Supérieur de Musique de Paris in the organ class of Olivier Latry and Michel Bouvard. He has also studied organ interpretation with Louis Robilliard, Jean-Baptiste Robin, Johann Vexo and organ improvisation with Laszlo Fassang and Thierry Escaich.

Johannes Skoog has received scholarships from the Foundation of France as well as several scholarships from the Royal Swedish Academy of Music. He is now one of the most frequently hired Swedish concert organists and has given numerous recitals in Europe during the 2018 season, as well as being one of the organists of the Cathedral of Västerås (Sweden).
Information for September 2018