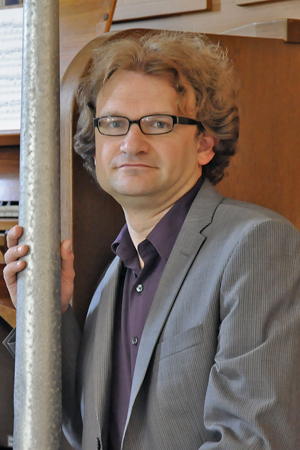 Michael Pelzel was born 1978 in Rapperswil, Switzerland. Upon completion of his the High-School Diploma in the City of Wattwil, Michael Pelzel began his professional training аt the Music Universities of Lucerne, Basel, Stuttgart, Berlin and Karlsruhe. There he studied piano with Ivan Klánsky, amongst others, organ with Jakob Wittwer, Martin Sander, Ludger Lohmann and Guy Bovet and сomposition with Dieter Ammann, Detlev Müller-Siemens, Georg-Friedrich Haas, Hanspeter Kyburz and Wolfgang Rihm. Additionally, he studied Music Theory with Roland Moser and Balz Trümpy. During his studies, he visited numerous master classes for composition, working with well-known composers such as Tristan Murail, Beat Furrer, Michael Jarrell, Klaus Huber, Brian Ferneyhough, György Kurtág and Helmut Lachenmann. Additionally, he participated аt the summer courses in Darmstadt 2004–2010, Acanthes in Metz and Royaumont near Paris.

Currently, Michael Pelzel works as a freelance composer and performer and serves as a parish organist of the protestant church of Stäfa аt the lakeside of Zurich. Currently, he also teaches sporadically music theory classes (for example аt the Music Universities of Bern and Basel) as well as workshops in composition аt the Universities of Johannesburg (University of the Witwatersrand), Stellenbosch and Pretoria (South Africa).

As an organist, he was invited to play the organs of the Swiss Church, London and the instruments of the Cathedrals of San Francisco, Los Angeles, Sidney and Cape Town. He also performed аt the Organ Festival of Magadino.

Michael Pelzel has been awarded many prizes. His music has frequently been broadcast on radio and television, and compositions have been supported by the STEO Stiftung, Küsnacht, Switzerland, the NICATI DE LUZE Foundation, Lausanne and the pro helvetia Swiss Arts Council (more than once).
Information valid for January 2020