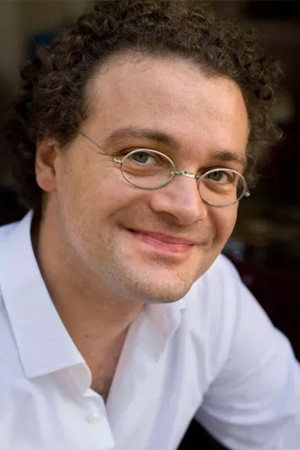 Born in 1984 in Eu (Normandy, France), Jean-Baptiste Monnot studied piano with Hervé Gringoire and organ with Nicolas Pien at the National Music School in Dieppe and with Louis Thiry and François Ménissier at Rouen Regional Conservatory.

At the age of 19 he entered the Conservatoire national supérieur de musique et de danse de Paris, where he studied with Olivier Latry and Michel Bouvard. After graduating he improved his skills under Bernhard Haas (in the Stuttgart Hochschule für Musik) and Jean Guillou. From 2004 to 2014 he was Jean Guillou’s assistant in St Eustache. Soon after he was appointed Artist-in-Residence in St Louis Cathedral, New Orleans.

His career as a soloist brought him to perform regularly with ensembles and orchestras all over the world, including La Chaise-Dieu, Annecy, Auvers-sur-Oise, Toulouse, Paris, Berlin, Naumbourg, Piacenza, Ostrava, Vienna, Sydney, London, Kiev, Kazan and across the Atlantic in New York, Cleveland, New Orleans and Boston.

From 2012 to 2016 Jean-Baptiste Monnot taught organ at the Mantes-la-Jolie Conservatory and was Titular Organist of the historical Joseph Merklin organ at the Collegiate Church. He is also the creator and the main performer of l’Orgue du Voyage, a modular and transportable pipe organ.

Since 2015 Jean-Baptiste Monnot has been Titular Organist of the great Aristide Cavaillé-Coll organ at the Church of St Ouen in Rouen.
Information for September 2019