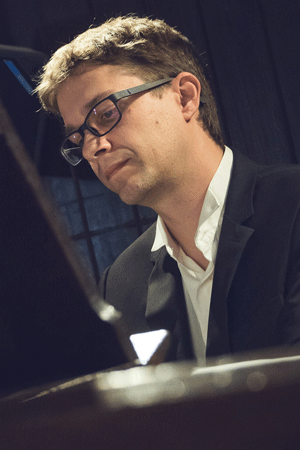 Born in 1979, Jean-Baptiste Dupont began his musical studies as a pianist. He discovered the organ later, at the age of 12, and began organ studies at the Institute of Sacred Music in Toulouse. He graduated with distinction from the organ department at the Toulouse Conservatoire. As one of the top alumni of the conservatoire, he was awarded the Francis Vidal prize by the city of Toulouse in 2006 and subsequently continued his studies at the Centre d’Etudes Supérieures de Musique et Danse in Toulouse where he obtained performing and teaching diplomas.

Jean-Baptiste Dupont enjoys a musician international career. He performed in several European countries, in the USA and in Russia, in prestigious venues (cathedrals in Paris, New-York, Berlin, London, Köln, Copenhague, the Concert Hall of the Mariinsky Theatre, the Bolchoi Theatre). He has a broad repertoire ranging from the Renaissance to the present days, including many transcriptions. Jean-Baptiste Dupont has been hailed as one of the greatest young improvisers on the organ. As improvisator, he is regularly invited to give master-classes and workshops all over the world. He has been a jury member at many competitions in France, USA and Germany.

He is recording the complete Max Reger’s organ works for Hortus Editions. The volumes released so far have been acclaimed by international press. His work on Max Reger gained an international recognition, and subsequently, Jean-Baptiste Dupont was invited in several symposium and international events about the composer. Jean-Baptiste Dupont was appointed organist at Bordeaux Cathedral after a competition, which took place in April 2012. Since 2014, he has been the artistic director of the cathedral.
Information for September 2018