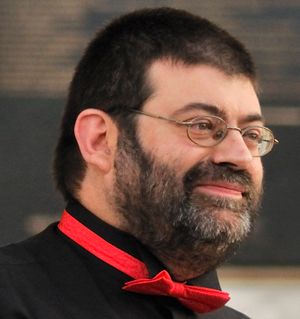 Kevin Bowyer was born in Southend-on-Sea (East Anglia) in 1961. He studied with Christopher Bowers-Broadbent, David Sanger, Virginia Black and Paul Steinitz. Fame came to the musician following wins at five international organ competitions. In 1987 after the world premiere of Kaikhosru Sorabji’s two-hour solo Symphony for Organ (1924) – a work considered “impossible to perform” ever since its publication in 1925 – Bowyer had established a strong reputation as a brilliant performer of contemporary music and music of extreme technical complexity. In 2010 he performed another work by Sorabji for the first time – Second Symphony for Organ (1929–1932). The premiere took place in Glasgow and Amsterdam and the concerts lasted almost nine hours. He recently completed a critical edition of Sorabji’s complete organ works, a thousand-page project that occupied him almost full time for six years (2008–2014).

At home the musician frequently performs at the most prestigious concert halls and appears at festivals, performing both recitals and together with orchestras. Tours have brought him acclaim in Europe, North America, Australia and Japan.

The organist has released a great number of recordings, many of which have won various awards. These include many landmark recordings of contemporary music as well as the complete organ music of Bach (on twenty-nine CDs) and music by Alkan, Brahms, Schumann, Reubke, Hindemith, Schoenberg, Messiaen and Alain. Jonathan Wearn, writing in MusicWeb International, described Bowyer as “one of the world’s hardiest and most formidable virtuosos” and Gramophone magazine described him as “unique”.

Kevin Bowyer lectures and gives masterclasses. He is staff organist of the University of Glasgow.
Information for February 2020