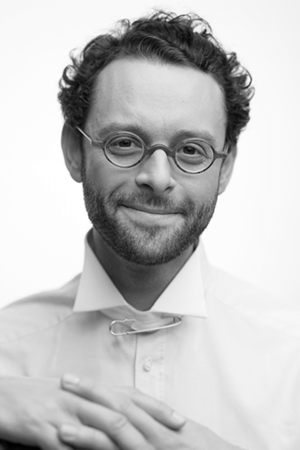 Born in Rouen in 1985, Benjamin Alard began his piano studies at the age of seven. He later studied organ under Louis Thiry and François Ménissier and harpsichord with Elisabeth Joyé, developing an interest in early music that led him to the Schola Cantorum Basiliensis for further studies under Jean-Claude Zehnder (organ) and Andrea Marcon (harpsichord).

Benjamin Alard is regularly invited to perform as a soloist in music series in Europe, Japan and North America. As a recitalist on both harpsichord and organ, he has participated in prestigious early music festivals and venues such as Le Printemps des Arts in Nantes, La Folle Journée (Nantes and Lisbon), the Festival Radio France Occitanie Montpellier, the Bach Festival in Schaffhausen (Switzerland) and the Bach Festival in Lausanne among others. Since 2005 he has been a member of La Petite Bande, a Belgian ensemble founded in 1973 by Gustav Leonhardt and Sigiswald Kuijken, often, in the last few years, conducting the group from the harpsichord.

Benjamin Alard has recorded many works by Johann Sebastian Bach, Dieterich Buxtehude, François Couperin and other composers for the harmonia mundi, Hortus and Alpha labels.
Information for September 2020