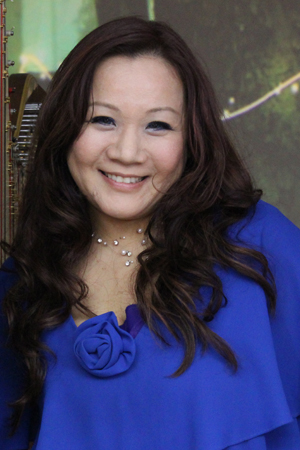 Kaori Otake has given solo recitals and concerto performances around the world. She has сcollaborated with the Vancouver Symphony Orchestra,the Vancouver Metropolitan Orchestra, performed at the EXPO in Vancouver and solo recitals in Osaka, Fukui, Chiba, Tokyo, and Sapporo. She was invited as a guest performer at the Carnegie Hall in New York in a harp duo with her sister, Miya Otake, and appeared in several television programs.

She has graduated from Indiana University in Bloomington, Indiana under Susann McDonald, the Juilliard School in New York under Nancy Allen, and the prestigious Curtis Institute of Music in Philadelphia under Marilyn Costello. In earlier years, she studied at the Vancouver Academy of Music and the Victoria Conservatory under Taka Kling where she received many prizes and awards from the Conservatory and various music festivals.