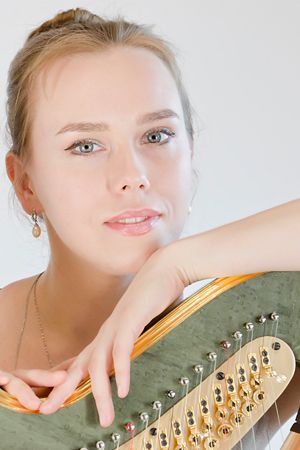 Maria Krushevskaya was born in Moscow in 1984 in a family of musicians. She began to study music at the age of five. In 1992 she entered the Moscow Gnesins’ Middle Special School of Music (class of Professor Milda Agazarian), graduating with distinction in 2002 and subsequently continued her studies at the Gnesins’ Russian Academy of Music from which she also graduated with distinction in 2008.

Maria Krushevskaya has been a grant-recipient from the Vladimir Spivakov International Charitable Foundation, the Russian Cultural Foundation’s New Names programme and the Russian Performing Arts foundation; has produced recordings for radio and television. A short film was released in 2010 in the USA about the International Harp Competition in Bloomington, while August 2012 saw the release of the film Creating Music. The Harp by Kultura TV involving Krushevskaya.