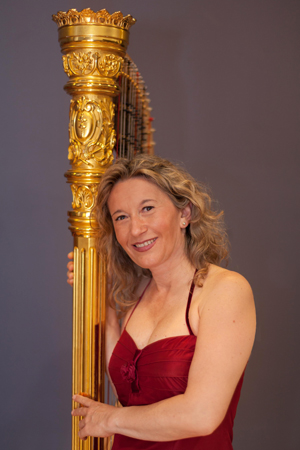 She is a laureate at many national and international competitions and festivals, such as the Bulgarian National Competition and the Iberian Chamber Music with Harp Competition. In 1991, she became a soloist at the Royal Seville Symphony Orchestra.

Since 2002, Daniela Iolkicheva has been teaching harp at the International College San Francisco de Paula in Sevilla. In 2017, she became a tenured harp lecturer at the Katarina Gurska Centre for Higher Musical Education in Madrid.

Daniela Iolkicheva has an intensive solo career and performs chamber music in duo with María Antonia Rodríguez. She is a flute soloist at the RTVE Symphony Orchestra.

Daniela Iolkicheva has collaborated with many record labels as well as Bulgarian, Russian, Spanish and Italian national radio and television broadcasters. She frequently performs in recitals and with chamber ensembles in Europe, the USA, Russia and Asia. She performed with highly prestigious orchestras such as the Royal Philharmonic Orchestra (London), the State Orchestra of St Petersburg, the Symphony Orchestra of India, the Sofia Philharmonic Orchestra, the Gürzenich Orchester Köln working with conductors such as Alexander Lazarev, Mariss Jansons, Lorin Maazel, Riccardo Muti, Mstislav Rostropovich and Michel Plasson.
Information for March 2019