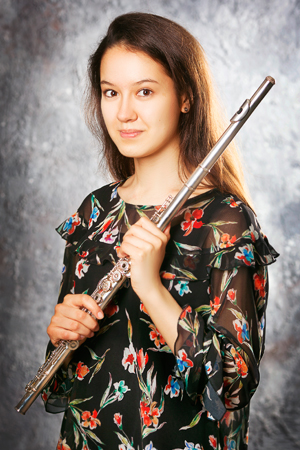 Adelina Tazieva was born in Naberezhnye Chelny in 1996. In her home town she graduated from the Music School and College of Arts in the flute class of Elena Zyryanova. In 2015 she entered the St Petersburg Conservatory, class of Professor Olga Chernyadieva.

Since 2018 she has been engaged with the St. Petersburg Chamber Opera Company.

In 2015 she was awarded a special State grant by the Republic of Tatarstan.

Since 2014 she has participated in programmes of the St Petersburg House of Music.
Information for November 2019