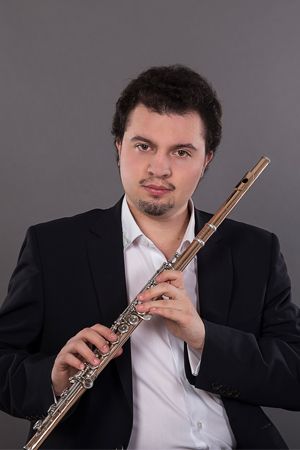 Andrei Sannikov graduated from the Moscow State Tchaikovsky Conservatoire (class of Leonid Lebedev). He is currently a postgraduate student and trainee at the conservatoire.

Recipient of the Premio Giuseppe Magnani and the Virtuositè prize (Italy) and grant-recipient of the Elina Bystritskaya Charitable Foundation and the Russian Performing Arts foundation.

Has taken part in concerts at the Moscow State Conservatoire, the Seat of the Moscow Regional Government, the State Pushkin Museum of Fine Arts, the Roerich Museum, the Fyodor Chaliapin House Museum, the Tsarytsino museum and estate and the Moscow State Ilya Glazunov Picture Gallery. Performs recitals in addition to appearances with various chamber ensembles. Since 2014 he has appeared in concert programmes of the St Petersburg House of Music.