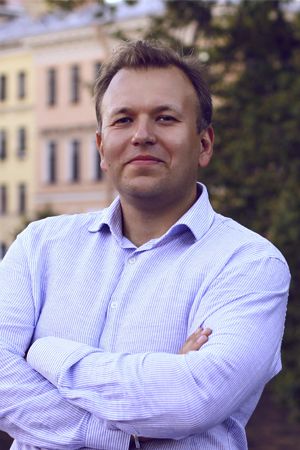 Born in Moscow. In 1998 he graduated from Moscow’s Gnessin Middle Special School of Music and entered the Russian Gnessin State Musical College (class of senior lecturer Vladimir Kudry). During his studies at the college he was named a prize-winner at the Virtuosi of the 21st Century competition and embarked on his career as a professional musician with the Moscow Symphony Orchestra under Vladimir Ziva. After graduating from the college in 2003 he became a postgraduate student at the Moscow State Tchaikovsky Conservatoire (class of Professor Alexander Golyshev, Honoured Artist of the RSFSR). Has worked as a soloist with various Moscow orchestras. In 2005 he took part in a tour with the Russian-American Youth Orchestra as a soloist. In 2006 following a competition, he was admitted to the flute section of the National Philharmonic Orchestra of Russia under Vladimir Spivakov, People’s Artist of the USSR. Since 2012 he has been the lead soloist of the flute section of the Mariinsky Orchestra.