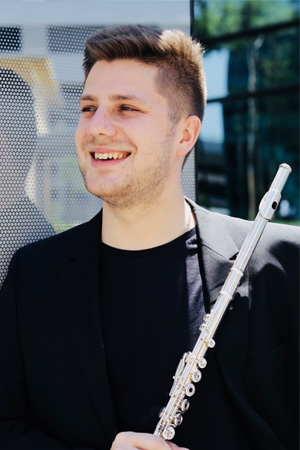 Matvey Demin had been a solo-flutist at the Gustav Mahler Jugendorchester and the Schleswig-Holstein Festival Orchestra before he became a co-principal solo-flutist at the Tonhalle Orchestra Zurich at the age of 20. Since the 2014–15 season he has been collaborating with such conductors as Bernard Haitink, David Zinman, Herbert Blomstedt, Franz Welser-Möst, Giovanni Antonini and Paavo Jarvi among others. Matvey Demin is very active at the chamber music scene. He has performed at the Davos Festival (Switzerland), the Emilia Romagna Festival (Italy) and the Samos Young Artists Festival (Greece). In 2018 he participated in the International Molyvos Festival in Greece.
Information for June 2019