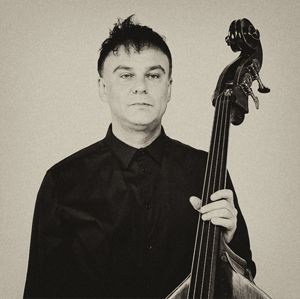 Grigory Voskoboinik was born in St Petersburg and graduated from the St Petersburg State Conservatoire. Recipient of the 1st prize at the Gartow Stiftung International Competition (1998). Between 1993 and 2007 he appeared with the Mariinsky Orchestra, the Symphony Orchestra of the Moscow State Philharmonic, the Symphony Orchestra of the St Petersburg State Philharmonic, the Symphony Orchestra of the Royal Opera in Stockholm, the Divertissement chamber orchestra and the Orchestra of the State Hermitage. Has taken part in the Festival of Early Music in Utrecht, the Early Music festival in St Petersburg and the International Bach Festival in Moscow. Has collaborated with Mstislav Rostropovich, Sergei Stadler, Natalia Gutman, David Ashkenazi, Ilya Ioffe and Igor Uryash. Has performed jazz with musicians including Alexei Kondakov, Igor Butman, Yevgeny Strigalev, Denise Perrier, J D Walter, Paul Bollenback and Wayne Escoffery. Has recorded with the companies Sony Classical, Decca and Phillips. In 1998 he taught double-bass in Morioka (Japan). Has toured to the USA, Japan, (Suntory Hall), Austria, Spain, Italy and The Netherlands (Concertgebouw).

Engagements for the 2017–2018 season include concerts at the Alexandrinsky Theatre, the St Petersburg State Philharmonic and other jazz venues in the city.
Information for December 2017