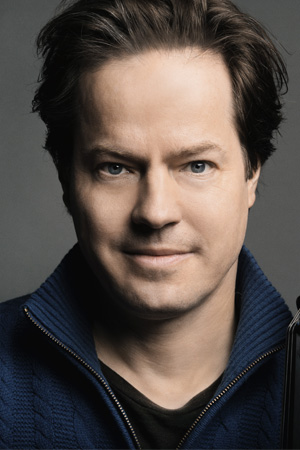 Jan Vogler was born in Belin in 1964. He started his career as the 1st flute at the Staatskapelle Dresden and in 1997 he left this position to concentrate on solo performances.

Highlights of the 2018-19 season include recitals with his longtime collaborator, pianist Hélène Grimaud, concerts with the Mariinsky Orchestra and Valery Gergiev in Berlin, Dresden and St Petersburg, the Munich Chamber Orchestra, the Singapore Symphony and appearances in Dresden and Cologne with the WDR-Sinfonieorchester and its chief conductor Cristian Măcelaru.

Furthermore and together with the actor Bill Murray, he will again concentrate on their project Bill Murray, Jan Vogler & Friends – New Worlds. This internationally acclaimed, cutting-edge program brings together works by Twain, Hemingway, Whitman, Cooper, Bernstein, Bach, Piazzolla, Mancini, Gershwin and Foster in an unexpected and enchanting exploration of the intersection of music and literature – the featured songs are paired with literary readings brought to life with classical music. It was released on CD at the end of September 2017 by Decca Gold. Bill Murray, Jan Vogler & Friends premiered the program in June 2017 at the Dresden Music Festival and will tour with it extensively world-wide, in season 2018-19.

His long-term collaboration with the Label Sony Classical began in 2003 and has resulted so far in roughly 20 CDs. His latest release is a recording of double concertos for violin & violoncello by Rihm, Brahms and Harbison, together with violinist Mira Wang, the Royal Scottish National Orchestra and conductor Peter Oundjian (2018), as well as Schumann’s cello concerto together with the Dresden Festival Orchestra and Ivor Bolton (2016).