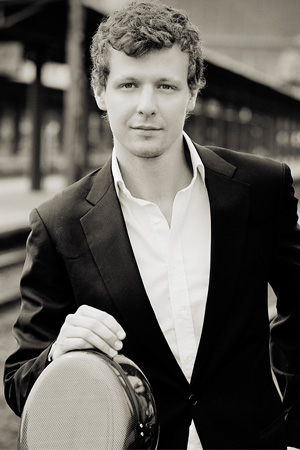 István Várdai was born in 1985. From 2004 he studied in the class of  special talents at the Liszt Ferenc Academy of  Music in Budapest under László Mező, and from 2005 at the University of  Music and Performing Arts Vienna with Reinhard Latzko. Between 2010 and 2013 he continued his studies at the Kronberg Academy with Frans Helmerson. Since 2013 he has been holding a teaching position at the Academy, and is also a professor at the Mannheim University of  Music and Performing Arts.

His debut album with Janáček, Prokofiev and Elgar’s cello concertos was released in October 2009 by Ysaÿe Records. This was followed by a recording by Hännsler in 2013, where he plays works by Mendelssohn, Martinů, Paganini, Beethoven and Popper. In 2014 he released an album of  both versions of  Tchaikovsky’s Rococo Variations released by Brilliant Classics. His CD released in 2015 Singing Cello (Hungaroton) features famous encores, and his most recent recording of  Bach’s solo cello suites was released in 2017 by Brilliant Classics.