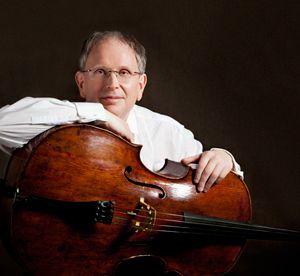 As a soloist, Alexander Ivashkin has performed in more than forty countries on five continents. He has appeared at major venues with leading orchestras such as the London Philharmonic, the BBC Symphony, the St Petersburg Philharmonic and the Netherlands Philharmonic as well as Australian, Canadian and American orchestras, the RAI Torino, the New Zealand Symphony Orchestra and the the Hamburger Symphoniker. He has made over forty award-winning recordings of the complete cello works by Prokofiev, Shostakovich, Rachmaninoff, Schnittke, Kancheli, Roslavets, Коrndorf and Tcherepnin. He is a frequent guest performer at major music festivals.

A Professor of Music at the University of London, Ivashkin is also Artistic Director of the New Zealand International Cello Festival and Competition and of annual festivals in London. Alexander Ivashkin has been the first performer of works by Schnittke, Penderecki, Korndorf, Raskatov and Tarnopolsky.

Highlights of his recent concerts have included the world premiere of Brahms’ Cello Concerto in Hamburg, Moscow and St Petersburg, performances of both Shostakovich Cello Concerti in the USA, Gubaidulina’s Cello Concerti in London, the Netherlands and Italy, Schumann’s Concerto in the Netherlands and Russia, Beethoven’s Triple Concerto at the Concertgebouw in Amsterdam and a new version of Penderecki’s Largo under the baton of the composer. Next season Ivashkin will premiere Gabriel Prokofiev’s new Cello Concerto and will perform and record the complete Britten cello music at his festival in London.
He plays a Giuseppe Guarneri del Gesù cello of 1710, courtesy of the Bridgewater Trust. He has appeared as a conductor with orchestras throughout Europe, Russia, Armenia, Azerbaijan, Canada, Australia and New Zealand.