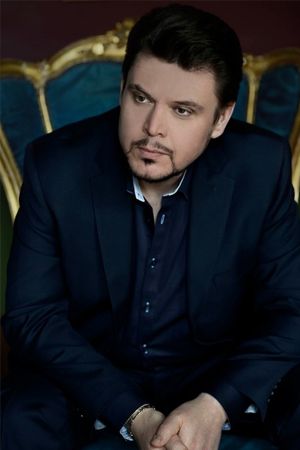 “Kowaljow’s voice is a rich, expressive basso cantante, a powerhouse, with seemingly endless reserves of focused sound throughout the range, whether at full fortissimo or sustained piano.”

Praised for the depth and richness of his voice, Vitalij Kowaljow has established himself in the last couple of years as one of the leading basses of his generation. Among the more than forty roles in his repertoire are Verdi`s King Philip (Don Carlo), Fiesco (Simon Boccanegra), Zaccaria (Nabucco), Banco (Macbeth), Ramfis (Aida), Barbarossa (La battaglia di Legnano), Procida (I vespri siciliani), Padre Guardiano (La forza del destino), Walter (Luisa Miller) and the title role of Attila. Moreover, he has appeared as Caspar (Der Freischütz), Wotan and the Wanderer in Wagner’s Ring cycle, Mephistopheles (Faust), Sarastro (Die Zauberflöte and such Russian language roles as Prince Igor and Pimen (Boris Godunov) and Prince Gremin (Eugene Onegin).

Vitalij Kowaljow was introduced to the USA by the Opera Orchestra of New York as Baldassare in La favorita and has sung since at the Metropolitan, San Francisco, Washington National, Los Angeles, Chicago and Philadelphia Opera Companies. He has appeared with various European companies including the Royal Opera, Bayerische Staatsoper, Wiener Staatsoper, Teatro alla Scala, Arena di Verona and Semperoper Dresden. He made the news when he stepped in at ten days’ notice at the Opéra Bastille in Paris for an ailing colleague, singing as Procida in a new production of the original and seldom performed French version of Les Vêpres siciliennes under the baton of James Conlon.

Recent highlights of Vitalij Kowaljow’s career include his debuts as Giorgio (I puritani) at the Wiener Staatsoper and Friar Laurent (Roméo et Juliette) at the Royal Opera House (Covent Garden), Zaccaria at the Bayerische Staastoper, Ramfis at the Arena di Verona and Royal Opera House (Covent Garden), Banco at the Washington National Opera and Fiesco in San Francisco. He also sang the role of King Philip (Don Carlo) at the New National Theatre of Tokyo, Sarastro (Die Zauberflöte) at the Opera Colorado in Denver, Pimen (Boris Godunov) at the San Diego and San Francisco Operas and Prince Gremin (Eugene Onegin) at the Tanglewood Festival and Chicago Lyric Opera. At concerts he has performed Verdi’s Requiem with the Orquesta Nacional de España, the Deutsches Symphonie-Orchester Berlin and the San Francisco and Chicago Symphony Orchestras.

In 2010 he debuted to great acclaim the roles of Wotan and the Wanderer in the Los Angeles Opera’s new production of Wagner’s Ring cycle, conducted by James Conlon and staged by Achim Freyer. The success of his performance led to an invitation from Daniel Barenboim to reprise the role in the season’s opening production of Die Walküre at La Scala in 2011.

Last season Vitalij Kowaljow debuted to great acclaim in the role of Don Alfonso in Lucrezia Borgia for San Francisco Opera: “The real star of the evening was bass-baritone Vitalij Kowaljow, who gave a thrillingly robust and commanding account of the all-too-brief role of Duke Alfonso, Lucrezia’s jealous husband. When Kowaljow made his first appearance at the beginning of Act II, it was as if the entire performance moved into three dimensions.” (Joshua Kosman, San Francisco Chronicle). Other highlights included Friar Laurent (Roméo et Juliette) and Fiesco (Simon Boccanegra) for Los Angeles Opera, Walter (Luisa Miller) at La Scala and concerts of Shostakovich’s Song of the Forest with the Orchestra dell’Accademia Nazionale di Santa Cecilia.

Engagements in the 2012-13 season included Padre Guardiano in a new production of La forza del destino for the Gran Teatre del Liceu in Barcelona, Zaccaria (Nabucco) at La Scala and the Royal Opera House (also new productions), Fiesco (Simon Boccanegra) at the Bayerische Staatsoper and the Konzerthaus in Vienna and performances of Verdi’s Requiem in Naples. At the Arena di Verona he appeared as Zaccaria and Ramfis. One other very important highlight is as King René in the European tour of Tchaikovsky`s Iolanta with Anna Netrebko and Piotr Beczała, which will be presented in Slovenia, Germany, The Netherlands, France and Austria.