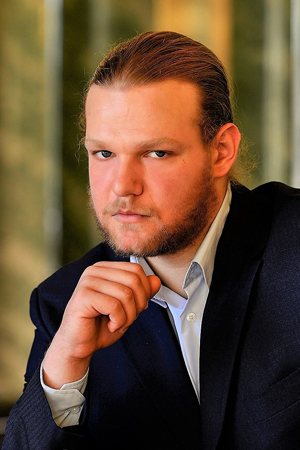 Alexandros Stavrakakis began his musical education at an early age receiving piano lessons from his mother. At the age of eight, he became a member of the Children’s Choir of the Hellenic Broadcasting Corporation. Two years later he joined the Manolis Kalomiris Children Choir, which allowed him to participate in numerous opera productions of the Greek National Opera. In 2014 he graduated from the Athens Conservatoire with honours and special prize and in the same year, he was awarded the Maria Callas Scholarship.

He won the 3rd Wagner International Competition in Leipzig (2016) and the 2nd Prize and the Audience Prize at the prestigious Hans Gabor Belvedere Competition (Riga, 2018). In 2019 he became the 1st prize winner at the International Tchaikovsky Competition.