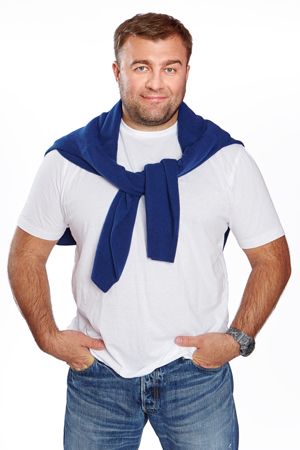 Mikhail Porechenkov was born in 1969 in Leningrad. In 1996 he graduated from the St Petersburg State Academy of Theatre Art (class of Veniamin Filshtinsky). After graduating from the academy he worked at the Theatre on Kryukov Kanal before joining the St Petersburg Lensoviet Academic Theatre.

Has appeared as Cyrano in the play Cyrano. Scenes by Rostand staged by the Independent Theatre Project. In 2002 he made his debut at the Moscow Chekhov Arts Theatre (the play Duck Hunting) and in 2003 he joined the company. He has been a presenter of the programmes The Forbidden Zone and The Battle of Extrasensory (TNT) and since 2008 he has presented the programme Culinary Battle (NTV).