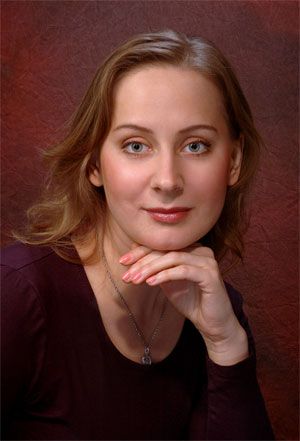 As a guest soloist, Popovskaya has appeared in such operas as The Queen of Spades, Turandot, Prince Igor, The Fiery Angel, Katerina Izmailova , and Rusalka at the Bolshoi Theatre of Russia. She made her debut in Europe as Renata in Prokofiev’s The Fiery Angel at Theatre Royal de la Monnaie in 2007. The singer has also performed at the Teatro Colón (The Fiery Angel), the Gran Teatre del Liceu (Der fliegende Holländer), the Teatro dell'Opera di Roma (Turandot, Madama Butterfly, The Fiery Angel), English National Opera, the Latvian National Opera, the National Centre for the Performing Arts in Beijing, the Arena di Verona, the Festival Puccini di Torre del Lago and at other venues.
Has collaborated with Moscow's Novaya Opera.

In 2010, Elena Popovskaya was nominated for a Golden Mask award for Best Opera Singer for her performance as Yaroslavna (in the Novosibirsk Opera and Ballet Theatre’s production).

The singer made her debut at the Mariinsky Theatre in The Queen of Spades (Liza) in 2010. She also appeared as Amelia (Un ballo in maschera) and Turandot at the St Petersburg theatre. In the summer of 2018 she performed the role of Isolde in Dmitry Chernyakov's production at the Primorsky Stage of the Mariinsky Theatre, following which she appeared in the same production in St Petersburg.