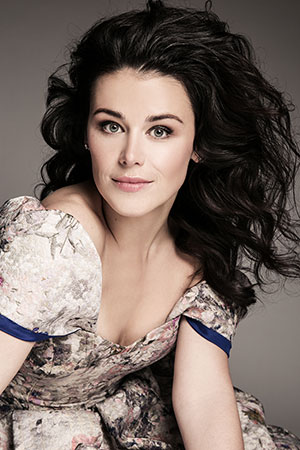 Natalya Pavlova was born in Kazan. In 2006 she graduated from the Tchaikovsky Moscow State Conservatory as a choral conductor. She advanced her vocal skills under the guidance of Rafael Sirikyan.

As a soloist she has appeared with the Russian Conservatory Chamber Capella, the Intrada vocal ensemble and the Alexandrov Ensemble.

In 2010 she recorded her debut disc Shostakovich: Songs for the Front on Toccata Classics.

From 2013 to 2017 Natalya was a soloist of the Mariinsky Academy of Young Opera Singers. She was the first performer of the mono-operas The Diary of Anne Frank by Grigory Frid, Anna by Leonid Klinichev and Letter from an Unknown Woman by Antonio Spadavecchia at the Mariinsky Theatre.

Natalya sang Susanna in Shostakovich’s unfinished opera Orango which was performed in Helsinki, Stockholm and London (BBC Proms) under the baton of Esa-Pekka Salonen. She appeared in productions of Spoleto Festival USA, the Sofia Opera (Tatiana in Eugene Onegin), the Vladikavkaz Opera (Tamara in Rubinstein’s The Demon) and the Teatro Regio in Turin (Liù in Turandot, conductor Gianandrea Noseda) among other performances.