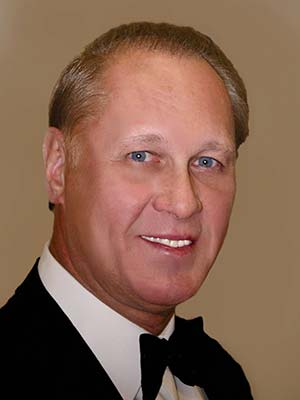 Today, Sergei Leiferkus is considered one of the world’s most renowned performing artists. His amazing gift as a singer is combined with his brilliant skill as an actor, and his interpretations of the roles of Onegin, Rangoni, Iago, Scarpia and Mefistofele have been acclaimed as truly groundbreaking.

Sergei Leiferkus was born in Leningrad in 1946, and in 1972 he graduated from the Leningrad Conservatoire. Sergei Leiferkus began his artistic career while still a student at the Conservatoire at the Leningrad State Theatre of Musical Comedy, where he sang the role of Mr X in the operetta Die Zirkusprinzessin. In 1971, Sergei Leiferkus was a prize-winner at the All-Union Mikhail Glinka Vocalists’ Competition in Vilnius. The following year, he joined the Maly Musorgsky Opera and Ballet Theatre. In 1977, he took part in a production of Prokofiev’s opera War and Peace at the Mariinsky Theatre (directed by Yuri Temirkanov). In 1979, Sergei Leiferkus performed the role of Chichikov in Shchedrin’s opera Dead Souls at the Mariinsky Theatre, and, in 1979, he became a member of the Mariinsky Opera Company.

In 1982 the singer took part in the Wexford Festival, and in 1983 he performed with the Berlin Philharmonic Orchestra under Kurt Masur. It was at this time that his international fame began to grow. Since 1988, Sergei Leiferkus has sung at the Royal Opera House, Covent Garden, and, from 1992, at the Metropolitan Opera in New York.

Today, he appears at myriad opera houses throughout the world, among them the Wiener Staatsoper (Vienna), the Opéra Bastille and the Théâtre du Châtelet (Paris), La Scala (Milan) and the Teatro Colón (Buenos Aires). He is a regular visitor to arts festivals in Edinburgh, Bregenz, Glyndebourne, Tanglewood, Wexford and Salzburg as well as the Ravinia festival in Chicago. The singer devotes much of his time not just to stage work, but also to frequent recitals and chamber programmes in cities including Moscow, St Petersburg, New York, London, Amsterdam, Vienna and Milan. He has worked together with ensembles such as the Boston, New York, Montreal, Berlin and London Symphony Orchestras; he also frequently collaborates with conductors including Claudio Abbado, Zubin Mehta, Seiji Osawa, Yuri Temirkanov, Valery Gergiev, Bernard Haitink, Neeme Järvi, Kurt Masur and James Levine.

The singer has recorded almost forty CDs. His first CD recording of songs by Musorgsky received a Grammy nomination, while another recording of all of Musorgsky’s songs (on four CDs) was awarded the Diapason d’Or prize. The catalogue of Sergei Leiferkus’ video recordings includes operas staged at the Mariinsky Theatre (Eugene Onegin and The Fiery Angel) and at Covent Garden (Prince Igor and Otello), three versions of The Queen of Spades (Mariinsky Theatre, Wiener Staatsoper, Glyndebourne) and Nabucco (Bregenz Festival). One of the most recent productions featuring Sergei Leiferkus has been acclaimed director Robert Wilson’s production of the tetralogy Der Ring des Nibelungen at Paris’ Théâtre du Châtelet. Sergei Leiferkus gives master classes and teaches in Berlin, Toronto, Moscow, Boston and Oldbury.