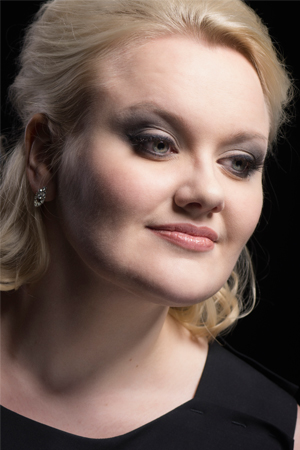 She has studied at the Helsinki Metropolia University of Applied Sciences and in 2013 she graduated from the Sibelius Academy with an honours degree and a diploma in singing. Her teachers have included Irja Auroora, Pirkko Törnqvist-Paakkanen, Juha Karvonen and Raija Kemppainen. Reetta Haavisto has also studied Lied repertoire with Heikki Pellinen, Ulrich Rademacher and Helmut Deutch. She has a wide repertoire of Lied music including J. Sibelius, S. Rachmaninov and R. Strauss. Reetta Haavisto has recorded Rachmaninov’s Lied music with pianist Jouni Somero.

In the 2010 Lappeenranta Singing Competition she was awarded a special prize. In spring 2015 Reetta Haavisto was awarded a lied prize in the 7th Internationaler Lions Gesangswettbewerb des Opernfestivals Gut Immling.
This season she is making her debut at the Mariinsky Theatre.