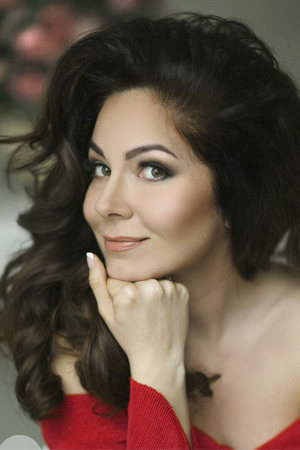 Amalia Gogeshvili was born in Moscow. Graduated from the Music College of the Schnittke Moscow State Institute of Music (class of Professor Lidia Abramova), the College of Music of the

From 2005–2007 she trained at the Teatro alla Scala and the Metropolitan Opera.

From 2006–2012 she was a soloist at the Stanislavsky and Nemirovich-Danchenko Moscow Music Theatre, where she appeared as Violetta in La traviata, Musette in La Bohème, Leonora in La forza del destino and Tamara in The Demon among other roles.

Performed the role of Tatiana in the opera Eugene Onegin at the Chaliapin Festival in Kazan under the baton of Mikhail Pletnev (2012).

In 2013 she made her Mariinsky Theatre debut as Cio-Cio-San (Madama Butterfly).

Recipient of the Silver Order "For Service to Art" from the International Academy of Culture and Art.
Information for July 2019